Mold Vs. Mildew: How To Tell The Difference And Get Rid Of Both Have you ever wondered what the difference is between mold and mildew? Mold and mildew are both fungi that thrive in moist, humid environments, but although many people use the words interchangeably, they are not the same. Mildew is a type of mold, though, which means they share a lot of similarities. So are you dealing with mold vs. mildew?

According to the Environmental Protection Agency, mold thrives on organic matter and can often be found on ceilings, walls and floors of homes with moisture management problems. Mildew also likes places where moisture levels are high, like shower walls and windowsills. There are thousands of species of mold, and they can affect the air quality of your home.

Here is how you can tell whether you have mold or mildew, and how you can clean either kind of ick quickly:

Mildew is always flat. Mold can often look fuzzy or have an almost raised appearance, but mildew does not. Mildew may smell musty, but mold may be much more pungent. 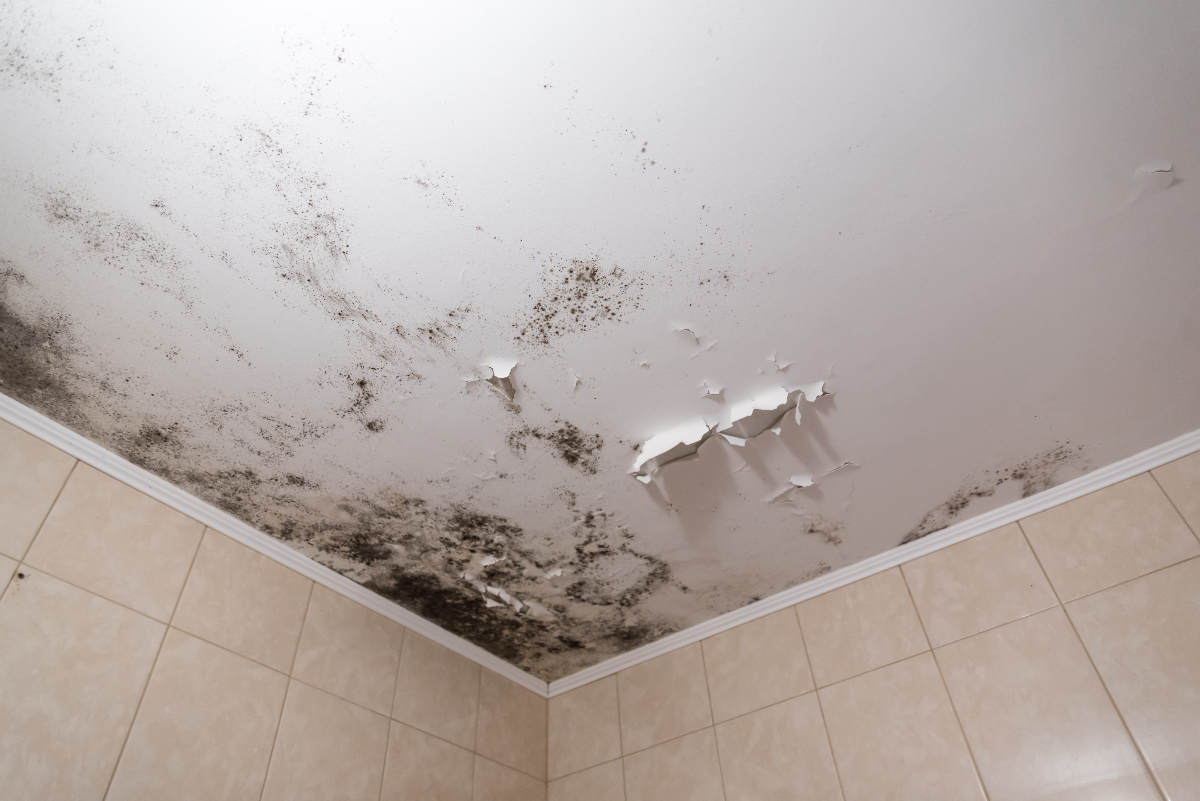 In comparison, mold presents in darker shades. It can be dark red, forest green or even inky black. Mildew often first appears as a small dot. From there, it grows outward, but it remains on the surface of the wall or material at hand. Mold, on the other hand, can quickly grow inward, eating into the wall or surface and damaging your home. It can also grow upward, moving up the wall and to the ceiling. Health Risks Of Mold vs. Mildew

Here is one major thing that mold and mildew have in common: They can both cause mild to severe health issues if left untreated. That’s right: Mold and mildew are more than just unsightly, particularly if you have allergies or asthma. Some mold and mildew species can release toxins into the air which trigger your immune response.

The CDC and the Mayo Clinic report that those sensitive to species of molds can experience stuffy noses, wheezing, itchy eyes and skin. More intense reactions include fever, upper respiratory tract symptoms, coughing, wheezing, shortness of breath, and hypersensitivity pneumonitis in individuals susceptible to it. Mold exposure has also been linked to headaches, dizziness, fatigue, nasal irritation and nausea, according to the Illinois Department of Public Health. Other adverse health effects potentially caused by mold, such as memory loss, lethargy and more severe effects on infants and children may not yet be proven: research is ongoing.

A 2017 French study found that mycotoxins from three species of mold can become directly aerosolized into indoor environments under regular conditions. In the study, researchers explained that once airborne, these mold particles “could be easily inhaled by occupants and deeply penetrate into (the) respiratory tract,” the researchers said in a statement, as reported by NBC News.

How To Clean Mildew

Now that you know how dangerous mold and mildew can be, you’re no doubt eager to make sure you rid your home of these fungi. Surface mold and mildew are relatively easy to clean, provided you catch them early. To clean mildew, spray the surface with a mixture of vinegar and baking soda. Let it sit for a few hours, then wipe away. You can also make a paste of three parts baking soda and one part vinegar, and apply it to the surface. Let it sit for an hour or more, then scrub it off.

Hydrogen peroxide is also a top-line defense against mildew, but it should never be combined or come in contact with vinegar, as this can be toxic. You can also use a bleach-and-water solution (try one part bleach to three parts water) to kill mildew, but again, don’t perform this method too soon after trying vinegar or hydrogen peroxide as it can be dangerous.

In the future, to prevent mildew, keep the air well-circulating with a fan and open the shades. Mildew hates light, so keeping it bright and airy will decrease mildew’s chance of growing in your home. How To Clean Mold

To clean surface mold, you can also reach for plain white distilled vinegar. Spray the area liberally and let it sit for a while before wiping or scrubbing. You can also reach for hydrogen peroxide or chlorine bleach as you would with mildew (but again remember, these methods should not be used consecutively). Or, try a product like RMR-86 which can be used to combat both mold and mildew.

If you’re painting a room in your home that is generally prone to humid and moist conditions (like your bathroom or laundry room), you can also reach for Mold Primer to help prevent fungi from growing before it starts.

And, if you are asthmatic or have allergy issues, it is a good idea to consider investing in an air purifier or dehumidifier to help keep the air clean and breathable. Also, check for any leaks in your home. The EPA says moisture control and prevention is key in the case of mold, which may be practically impossible to remove entirely if it has infested walls and interiors.

Please note that there are some cases in which professional services are required for cleaning mold. If you are experiencing symptoms, if you have a large area of mold in your home (especially in your HVAC systems), if you can’t find the source of a moldy smell, if your home has been flooded or if you don’t think you can do the job effectively yourself, you may need additional help.