What Is New-House Smell? A Reality Check on the Risks, and How To Get Rid of It 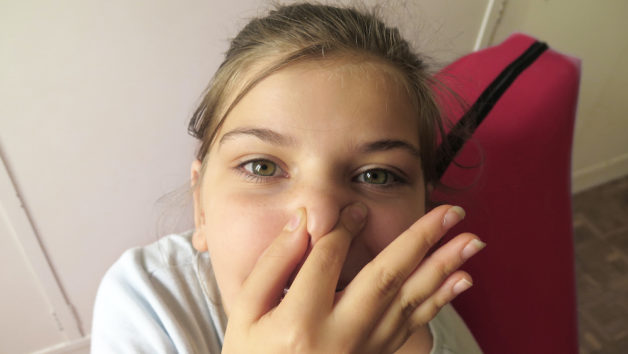 While most of us are familiar with new-car smell—that distinct scent of a brand-new automobile—home buyers might have caught a whiff of another scent entirely during their home-shopping spree: new-house smell.

What exactly is new-house smell? Also known as new-construction smell, it’s essentially a combination of smells given off by the many materials that go into building a house—things like fresh paint, carpet, wood, and adhesives. If there’s any new furniture in the home, that could be contributing to the smell as well.

What is new-house smell?

Before we dive deep into new-house smell, let’s take a step back—way back—and look at what causes anything to smell in the first place.

Bill Carroll Jr., an adjunct professor of chemistry at Indiana University, says all smells come from molecules in the air that your nose can detect. The molecules must evaporate to get into the air, and the more likely they are to evaporate, the more volatile they are and the easier they are to inhale and detect as odors.

“If you can smell it, it’s because of a molecule in the air,” Carroll says. “The fact that it’s in the air means that it is a volatile compound at least to some extent.”

As scary as “volatile” sounds, it doesn’t necessarily mean a substance is dangerous or explosive. Carroll says it simply means that something can easily evaporate into the atmosphere, thus releasing an odor. For example, he says metals aren’t very volatile, which is why you probably don’t smell much (hopefully) if you sniff your stainless-steel refrigerator. Other materials like paints, adhesives, and plastics, however, are more highly volatile. 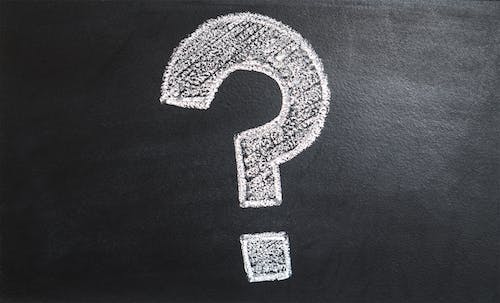 While new-house smells aren’t necessarily dangerous, there is some concern about certain types of volatile organic compounds, or VOCs, that exist in some building materials (e.g., paint, carpet, and furniture). Some have been linked to health issues, including cancer and central nervous system damage in people (e.g., construction workers who don’t wear face masks) exposed to high quantities of such materials.

“When you talk about VOCs that raise health concerns, that goes more to a substance’s inherent toxicity or reactivity,” Carroll says. “It’s the difference between smelling a banana and smelling paint stripper, for example. They’re both volatile, but they have very different toxicities.”

“Regardless of odor, the ability of some of the VOCs emitted from any of [building] products and materials to cause health impacts or create other dangerous conditions varies greatly, depending on several factors,” according to the Environmental Protection Agency. “These factors may include the type and amount of VOCs emitted, the toxicity of the individual and combined VOCs, the ventilation rate in the space, the type and amount of other materials in the space, occupant level of exposure and length of time exposed, and the health of the exposed occupants.”

However, this is definitely not to say that a new-house smell will make you sick.

The good news is that because of concerns raised over certain dangerous VOCs in the past 40 to 50 years, there’s a been a strong movement to reduce them. Carroll says that’s most apparent in regard to paint. While oil-based paints used to emit high levels of VOCs and the odor would linger for a long time, today’s paints contain virtually no VOCs and their odor dissipates more quickly.

In general, that means new houses today have much less of a pronounced smell than they did a years ago—and are less hazardous. For the overwhelming majority of the population, the odor is at worst a nuisance.

How to get rid of new-house smell

“If you like new-house smell, that’s OK,” Carroll says. “If you don’t, it’s important to remember that the solution is dilution.”

He says for an empty house, that means opening the windows to air things out, and usually in a matter of days that new-house smell will disappear. Another solution is to “bake” a new home. Since some VOCs evaporate more quickly at higher heats, this technique has a homeowner turn up the heat in the unoccupied house for a few days while running fans to push them out the windows. Running exhaust fans and using an air purifier may speed things up, too.

Carroll says what’s more concerning than new-house smell, however, is what you bring into your place on your own.

“The greatest source of VOCs is the stuff you bring into your house,” Carroll says. Items such as furniture, cleaners, waxes, and fragrances expose people to far more VOCs over the course of a lifetime.

Know this: If you’re moving into a new home and get a whiff of that telltale new-house smell, it will eventually wear off, even if you do nothing. Promise.

Thank you for contacting us, we'll get back to you shortly.

Sorry, we are unable to send your message at the moment. Please try again later.